Hey team. Had this instance on my first full day of use: a mass text sent by GrubHub the night before, was only received at around 8:10 this morning. When it did arrive, it interjected into the text thread I had open at that moment. It seems to permanently live there now. 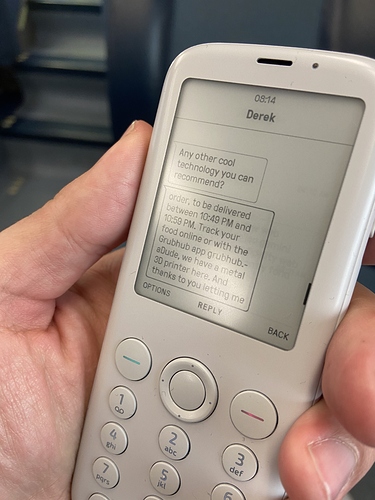 @corgan Very weird phenomenon. I will pass this on to the devs right away.

@corgan I’ve got some info from the devs.

At the time @urszula it was the most recent. I’ll check both of these things again.

@corgan Were you able to send your logs to Mudita through Mudita Center? This would really speed up getting a fix for your issue.

I was only able to do this, last night, which is after the 1.2.0 update. Hopefully there is still useful information in there!