What is mobile radiation?

How would you describe mobile radiation?

All electronic devices contain information which warns against keeping your device in direct contact with your head or body.[1] Few people are aware of this and even fewer follow the instructions provided.

Non-ionizing (electromagnetic) radiation or NIR is omnipresent. Mobile phone users in particular should be aware that electronic devices emit non-ionizing radiation, which may have some negative effects on their health.[2]

We are in the midst of a paradigm shift when it comes to our understanding of the biological effects of non-ionizing electromagnetic frequencies generated by our use of electricity, electronics and wireless technology. Ionizing radiation (IR) has enough energy to break chemical bonds and is known to cause cancer. However, because nonionizing radiation (NIR) lacks this energy, it was assumed that these lower frequencies cannot be carcinogenic. This concept is based on a flawed assumption. NIR can and does cause cancer not by increasing the production of free radicals but by interfering with the repair mechanisms that neutralize free-radicals. While the mechanisms differ, the consequences of both NIR and IR are the same–oxidative stress resulting in cellular damage including cancer. [3] (Dr. Magda Havas, 2017,Associate Professor of Environmental & Resource Studies at Trent University)

It is common knowledge that radiation has always been a natural part of the environment. [4] [5] [6] [7] Radiation is energy that comes from a specific source and is able to penetrate various materials. The sources of radiation are divided into two main categories: natural and man-made.

All living things on Earth are exposed to a background level of radiation from naturally occurring substances both on Earth and in space. For example, we can name terrestrial radiation (which can be found in soil) and cosmic radiation, from the Sun (and other sources).

Man-made radiation has been emitted for about 150 years since the inventions of the industrial revolution went into widespread use, now we’re part of the digital revolution. Artificial sources of radiation are claimed to be responsible for about 21% of the total exposure. An even higher level of exposure (50%) may affect industrialized countries due to the more widespread access to technology.[8]

Two fundamental errors in the article

The first error is probably due to a confusion between radiation and radio-activity. They are NOT the same. Most radiation is not radioactive. Radiation is simply energy radiating out from a source and includes sound, light and radiant heat (which is why you can feel a bonfire even though convective and conductive heat has gone upwards). Radiation is split between non ionising (radio, light, MW) and ionising (UV, X-rays and gamma rays). Compare MW to light rather than gamma rays. They turn on and off in identical ways, light is great (and necessary for life) at certain levels but can be lethal at very heavy doses, neither are carcinogenic at normal exposure levels (it’s the UV in sunlight that causes skin cancer).

The split mentioned one of the comments (Nick) between natural and man-made is artificial. UV rays from the sun are identical to UV rays from a black lamp. It’s just that from the sun they are masked by the visible light but their effects are the same. Likewise, the MW from space and the sun are identical to an oven’s (don’t get caught by a common claim of "pulsed MWs, this is nonsense).

The risks stated in the article are really for long term exposure to MWs, e.g., a radar technician. MW oven exposure wouldn’t be a problem unless you put your nose to the door every day and only use the MW oven for cooking. Most people put something in the MW oven and walk away and do something else.

Microwave radiation can heat body tissue the same way it heats food. Exposure to high levels of microwaves can cause a painful burn.
Two areas of the body, the eyes, and the testes are particularly vulnerable to RF heating because there is relatively little blood flow in them to carry away excess heat. Additionally, the lens of the eye is particularly sensitive to intense heat, and exposure to high levels of microwaves can cause cataracts.
But these types of injuries – burns and cataracts – can only be caused by exposure to large amounts of microwave radiation. Choose a safe microwave by reading this buying guide for the microwave oven. 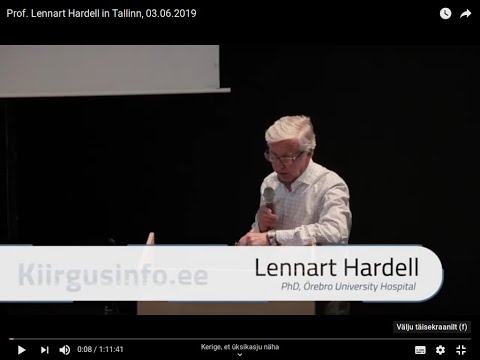 About an hour lecture about radiation in general and later 5G and what make it different from preceding technologies.
By a Swedish professor in oncology, that has been studying this topic for 3 decades and is a member the IARC.
Lots of reference material to studies, graphs and statistics.
In English, but you have to excuse the “Norse” accent

Microwaves cause water molecules in food to vibrate, producing heat that cooks the food. That’s why foods that are high in water content, like fresh vegetables, can be cooked more quickly than other foods. Glass, paper, ceramic, or plastic containers are used in microwave cooking because microwaves pass through these materials. Although such containers cannot be heated by microwaves, they can become hot from the heat of the food cooking inside.

A Federal standard (21 CFR 1030.10) limits the amount of microwaves that can leak from an oven throughout its lifetime to 5 milliwatts (mW) of microwave radiation per square centimeter at approximately 2 inches from the oven surface. This limit is far below the level known to harm people. Microwave energy also decreases dramatically as you move away from the source of radiation. A measurement made 20 inches from an oven would be approximately 1/100th of the value measured at 2 inches from the oven.

The standard also requires all ovens to have two independent interlock systems that stop the production of microwaves the moment the latch is released or the door is opened. In addition, a monitoring system stops oven operation in case one or both of the interlock systems fail.

All ovens must have a label stating that they meet the safety standard. In addition, the FDA requires that all ovens have a label explaining precautions for use. This requirement may be dropped if the manufacturer has proven that the oven will not exceed the allowable leakage limit even if used under the conditions cautioned against on the label.

To make sure the standard is met, FDA tests microwave ovens in its own laboratory. The FDA also evaluates manufacturers’ radiation testing and quality control programs at their factories. It is always helpful reading articles on how to the best microwave oven.

It is possible for microwave ovens to emit electromagnetic radiation if they are broken or altered. Because microwave radiation is not visible or smelled, it can be difficult to spot a microwave radiation leak. The U.S. Food and Drug Administration advises that you avoid standing in direct contact with the microwave oven while it is being used. This will prevent any potential leakage. There are many things that we need to learn for safer and healthier life.