I had originally posted this as a response to a thread but realized it was getting offtopic and made it into a new thread.

Unfortunate nobody has responded to this yet.
The fact is that the dangers of non-ionizing radiation are more evident by the day. It is no longer a “wackjob conspiracy” when scientists are considering moving cell phone radiation from a Class 2B carcinogen to a Class 1 carcinogen- aka as bad as tobacco and asbestos.
Your friends and colleagues are likely hindered by pop science’s rampant appealing to authority and gaslighting. Journalists and their masters, more often than scientists, decide conclusions to scientific debate. They make these supposed conclusions seem just technical enough for the average person to see as correct.
However, dig a little deeper, and it’s easy to figure out that “non-ionizing radiation is harmless” is objectively wrong.
For starters, here are two great guides: The Non-Tinfoil Guide to EMFs by Nick “The EMF Guy” Pineault — #1 Guide on...

This easy guide shows you how EMFs affect your health, and what you can do about it. No tin foil required.

@anon59201358 Hi there. I’m so sorry about missing your post. I’m not sure what happened there. To answer your question about SAR & why is it a big deal, I will do my best to try and be as plain as possible, without all the scientific mumbo jumbo

SAR is a measure of the rate of RF (radiofrequency) energy absorption by the body from the source being measured. While it may not affect all people the same way, there are individuals who do suffer from Electromagnetic hypersensitivity (EHS). (EHS) is a sensitivity to electromagnetic fields, to which negative symptoms are attributed. EHS. ( EHS ) is defined by unpleasant symptoms, like headaches and pain, triggered by exposure to electronic devices, and it is recognized by the WHO. Even though most individuals won’t experience any symptoms, there are acute sufferers who experience a combination of physical symptoms like nausea, headaches, palpitations, fatigue and rashes/other dermatological problems, often at the same time. (Less commonly, they may also complain of confusion, memory loss, panic attacks etc.)

Researchers and public health officials have documented these symptoms. According to experts, they’re definitely real, and patients aren’t making them up. EHS is a real syndrome, and the international health community has recognized it as such.
Here’s a way to look at it. I, personally, am allergic to horseradish. While I can eat regular radishes without any issues, horseradish can trigger an anaphylactic reaction in my body, if I consume it in high enough doses & I have an EPI pen for emergencies. If I consume it in small doses, my palms & throat start itching & I might break out in hives, but I won’t necessarily die.
So you see, a horseradish allergy is quite an obscure allergy, but it doesn’t mean it’s not real. 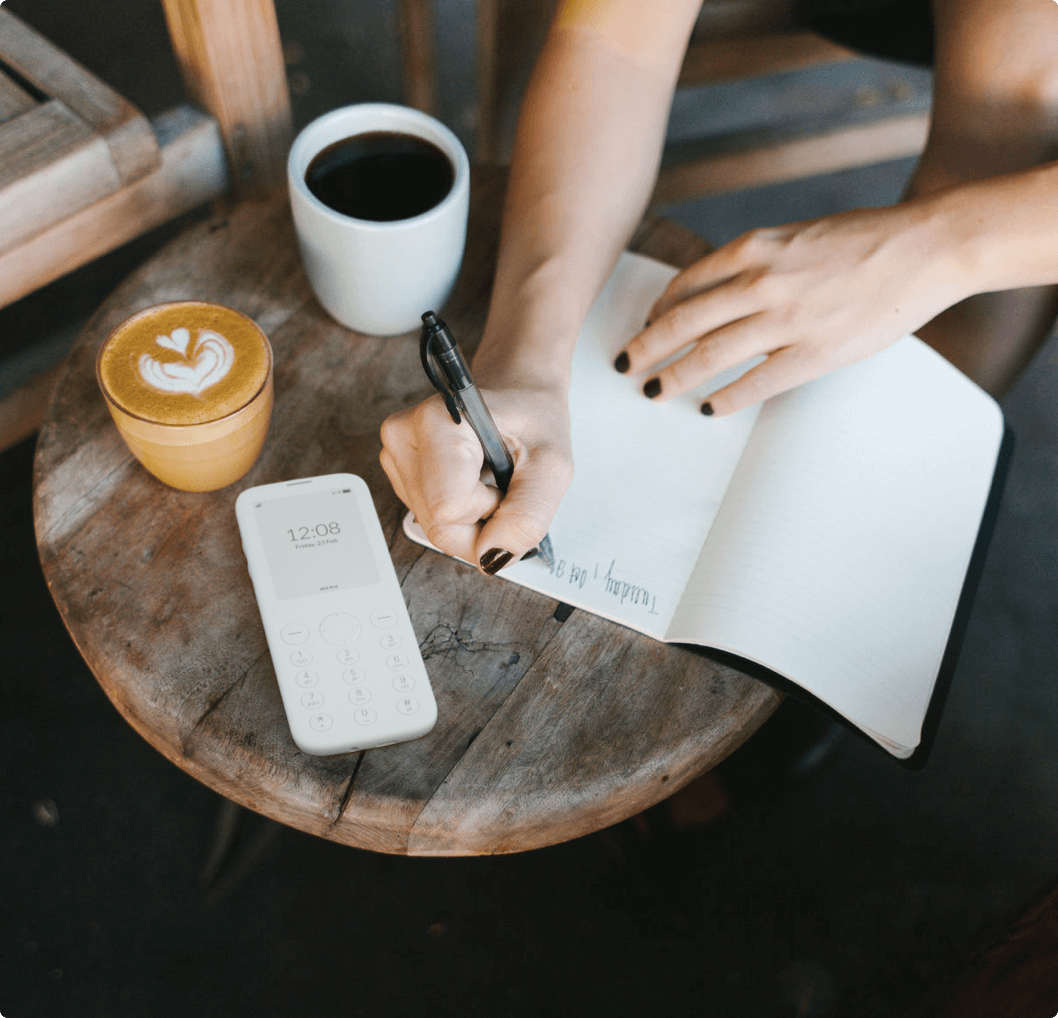 Why did Mudita decide to build a low SAR phone?

There is a large amount of concern about cell phone radiation and the specific absorption rate (SAR) value of cell phones.

Thank you for your reply. I was under the impression that power density would be the most meaningful way of measuring emissions from a wireless device in terms of how much it will impact someone who feels the effects of EHS. Do agree with that statement, and if so, why does Mudita focus on SAR instead of power density measurements? If you do not agree with that statement, why? thank you.

@Felicia_Hobert I will ask our team from a more detailed explanation.

Thank you!! Looking forward to it.

@Felicia_Hobert We chose SAR because it is a parameter that we can compare with all products on the market. It also has a specific measurement method, that way we can reliably refer to it.

what i observe is many people asking for power density, and not a lot of acknowledgement of that. disappointed in this. thanks.

I’m glad you raised this. I agree. I really don’t care about the SAR issue, and especially if it means the phone simply doesn’t work as well.

Based on the fact that the mudita pure won’t work at all with certain carriers seems to prove that the low-SAR idea is a misguided goal.

@urszula Why would I want a phone that is “healthier” for me if it simply doesn’t get the necessary signal to make and receive calls?

Nowhere in here is an acknowledgement of the fact that the low SAR value causes the phone not to work at all on certain carriers. As a T-mobile customer, I haven’t yet canceled my order for a Mudita pure. But it does trouble me that I could never switch carriers and continue using my Mudita phone. Isn’t this fact prove of the fact that the attempt to build a low SAR phone has failed? Or, at least, that you’ve gone too far with the idea?

It works in certain markets and in others it doesn’t. I get service at my home with the Pinephone on TMobile but outside of it (one block away) service drops. Moreover, Quectel’s modem gets usually blocked by AT&T and Verizon after a couple of months making it frustrating to switch SIMs.

I have no way of verifying these issues until my phone comes but these are some of the issues I expect. Plus low SAR may interfere further since the Pinephone does not have the modified antenna.

One last issue that may happen is that the modified antenna may make the phone work only on 2G and stop working Feb. 2022 as the carriers shut 2G down. We can’t be for sure, but the modified modem may cause issues even with T-Mobile. Again, this is speculation but for the US market it’s some of the challenges I foresee.

This is not Mudita’s fault. This is the FCC and the current standards in the US, but we are still affected by the design of the phone.

Jose what do you mean the modem usually gets blocked in a few months?
Are you saying there’s a possibility I may need to switch SIM cards every few months?
And just to understand why does the service with your pine phone drop so suddenly away from your house?
I work many different locations all around so it would be very concerning if I could just loose signal around the corner from my house.
I was completely unaware these might be potential issues US buyers may encounter.

So all of these are possibilities and I am just speculating based on the Pinephone’s run in the US. There are hardware issues and software issues at hand, so we have to wait and see what happens with Mudita which has completely different hardware and software.

I am just speculating here and again until I get my device I won’t be able to confirm if these fears are actual or just mere speculations. Also, most of these things can be fixed since the hardware is technically compatible in the US. But we have to wait and see

Thank you so much for your very detailed reply.
I know it’s all speculation at this point but I do think these are important points to consider.

This is the answer I was given by Mudita, when I emailed about this question:

Per the carriers, that’s correct! T-Mobile is our go-to network, as we’re fully prepared to operate on their infrastructure.

When it comes to AT&T and Verizon networks, our SIM cards do work (Mudita Pure operates on 2G/3G/4G/LTE and is carrier-free).

However, since we haven’t received their PTCRB certification (due to our ultra-low SAR antenna), they might cut off-network usage to the phone itself.

@bksparrow It’s not really that low SAR causes phones not to work on certain networks- with Mudita Pure, it’s all about the PTCRB certification. And the thing about the PTCRB certification is that only some North American cellular operators rely on it. Another thing that we always have to consider is that the US carriers, for a long time & for the most part, controlled the cell phone market. There are specific phones that are carrier locked & the American wireless marketplace is tightly controlled by carriers who have a habit of picking winners and losers, while setting prices and insisting that there shouldn’t be any oversight. Getting a device on a major US carrier can take up to 15 months and cost millions of dollars. Carriers are also notorious for demanding custom devices in order to create customer lock-in. Basically, our ultralow SAR was used as an excuse that we did not get the PTCRB certification. The cell phone market in the US doesn’t really like outsiders like us.

This is very true. Carriers in the United States are very anti consumer and they do pick “winners and losers.”

Unless you are willing to prioritize their needs and those of the US market (which a small startup can find difficult to do), you will be left out.

TMobile is the only one that’s decently reasonable with the whole thing and even they block certain parts of their networks. It’s a mess tbh.

@Jose_Briones As someone who grew up in the US & then moved to Poland as an adult, it was such an eye opening experience. I just through that’s how things worked- you need to FIRST choose a carrier & then pick the phone that they carry. Or if you want a specific phone, you’d have to go to the carrier that has that phone. Once I moved to Europe, I was exposed to so many different phone options that were not even on the market in the US. And you can switch carriers very easily & keep the same number, just by switching out a sim card. After seeing all the hoops Mudita has to jump through just to work on the US market, I know it’s extremely difficult to put out products directly to consumers without carrier interference.
I remember looking to buy the Google Pixel Slate tablet when I was in the US & I was shocked that although it did have WiFi capabilities, it did not have any sort of option for built-in cellular connectivity (SIM CARD). This is something most tablets have in Europe. Then I read an article that Google wasn’t going to play by the carrier’s rules, so even if it did have a SIM slot, it would not work in the US. This creates a situation where devices that use the services of those carriers are forced to play along with their rules. And as a result, they’re not allowed to compete on equal footing with giants like Apple and Samsung. And because success in the US wireless marketplace can only come with carrier support, innovation is stunted as companies design their future products around what they think carriers might want, not where the market or consumer behavior is heading.

wow, this is an eye opener! disappointed in the US market monopolies. ugh.

on another note…i’d still love to see power densities tested on the Mudita Pure! with an Acoustimeter or other meter!! don’t find a lot of value in the SAR.