I received my Pebble Gray Mudita Pure today (Apr. 5) in Qc, Canada. I had originally backed the project (Kickstarter backer #465) in October 2019 so it was a pretty long wait.

Reading the comments on this forum in the past few months scared me a little and I made steps to cancel my backing a few weeks ago. In the meantime my phone was sent and arrived today so I changed my mind and gave it a shot.

The downsides so far are the following:

Overall, considering my lowered expectations in recent weeks/months, the phone and the app make up for a relatively satisfying experience, even if there are still big issues and obviously I’m hoping for substantial improvements via OS updates over time.

Here’s a picture of my phone: 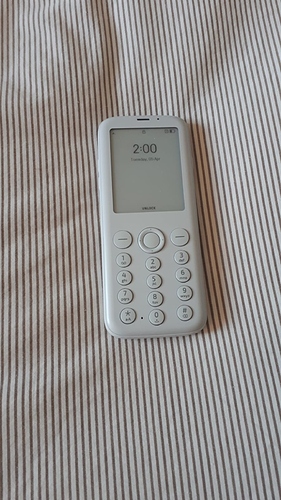 Thanks for your review. I’m glad we have some Canadian reports. Hope your issues get fixed by the new SIM. Let us know if that works.

Judging by these two points - I would really consider checking if your device has a fully functioning battery. Could it be only the software issue with handling low signal? (I’m not a Mudita Pure owner, so I’m just wondering out of curiosity).

Hey! Thanks for chiming in.

The battery seems fine now, it’s still above 50% today, it just appeared to drain quickly after that 30 minute call yesterday. And I didn’t like that the phone became warm while doing it. That’s not a good sign re: EMF/SAR.

It hasn’t happened since, but I’ve kept my calls short today.

I’m only mentioning the signal because my previous phone got max bars and the Pure only shows 2 bars. I’m not putting a lot of stock in that because others have said that the signal level isn’t necessarily reflected accurately.

I’m reserving judgement until I get a fresh SIM card from the provider. Apparently that may solve some issues.

Thankfully, the battery in the Pure can be removed so if there is a significant concern down the road I’m sure it can be adressed.

No. This is normal. Battery won’t last after 2 days if you use it normally.

I know, I’ve read the comments but this is not what I expected from the initial product.

My card shows no previous orders

I’m losing the trust with this product

It took so long

either refund or have a solution

Yeah… But it is rare when manufacturers accurately estimate battery life. Nokia says that their new phones will last 30 days, they last 3-4 days max lol

Haha! That’s comforting then. Anyway 2 days is not too bad really, and I like that the battery can be removed.

They’ve been busy filling the kickstarter orders, I backed the project in October 2019, and just now got my phone, I would suggest being patient a little longer.

@davidb
Thank you for taking the time to share your feedback & we’re happy that you’re generally enjoying your Mudita Pure.

I would like to take some time to address the concerns you shared.

This indeed could be solved by getting a new SIM from your carrier.

This will DEFINITELY be improved with the next MuditaOS update- which is actually coming out THIS WEEK. I just posted a brand-new update & it outlines a number of improvements that will be implemented to the software.

We understand that due to the custom LOW SAR antenna, low signal could be an issue for some people. I will ask our team if anything can be done to improve this.

I understand that they were wired headphones & not wireless ones like airpods or something similar? Mudita Pure was tested with our Mudita Headphones & everything worked fine. I will ask our team about this & see if there is anything that they can recommend.

I will ask out team about this issue & see if there is a plan to address this. 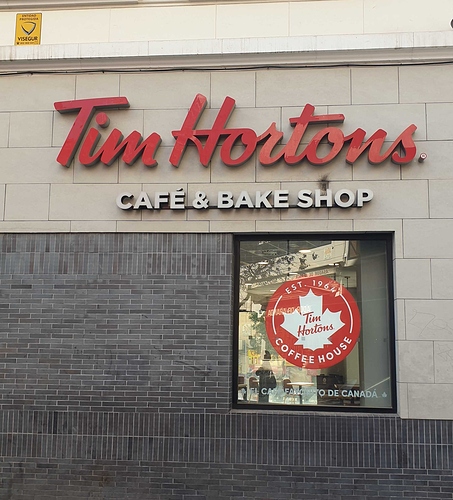 Are you on the latest version of the operating system? Did you have to update? How’d that go if so?

Yes I am. The update hasn’t solved my issues, but I have yet to go get that new SIM card so I still can’t text.

The phone works for my purposes (living in a metropolitan area) but signal gets spotty or nonexistent in the countryside so that would be a problem.

I did not back the project but I have been contemplating getting this phone. I tried the light phone for a bit but it was not my cup of tea as I hate touch screen typing. I am with Public Mobile, and my LP2 worked on that but now I am concerned based on your post about whether the mudita would work on my provider. The other issue I am concerned with is how long would I have to wait for this phone?

Regarding the ringtone volume I have no issue with that as I want to be disrupted by my phone as little as possible. At first I was not happy it did not t9 but if it makes it less likely for me to text thats another win because I truly want to use my phone as little as possible. Currently I have the punkt which I love but it does not have a calendar you can put reminders into and neither does the mudita. So I purchased the AGM M6 and I am waiting for it to get there and it does have a option to enter events in the calendar and its a minimalist phone, but I am still intrigued by the mudita I really like the way it looks but I am torn on whether to make this purchase

I would think you can afford to wait a bit longer and keep updated on the forum as the Pure develops and the problems are ironed out. Then you can make a decision.

It is an imperfect phone at this point, but could work fine depending on your location and uses. Public Mobile may not be a suitable choice, and I say this from experience.

The Pure will have less signal strength by virtue of its design and thus would likely require a provider which an extensive network.

Thank you @urszula for adressing my concerns

, I especially want to figure out which wired headphones I can use with the Pure.

As for Tim Hortons, sadly here in Canada the quality has gone down to an abysmal standard. Due to staffing problem they routinely hire 14 year olds who have no idea how to prepare the food and coffee and it’s just not a great experience, which is ironic because Tim Hortons became popular in Canada (and the world) by displacing Dunkin Donuts who were themselves terrible in the late 90s and early 00s in Canada. (I prefered DD personally though)

I’m not worried about the issues so far. As long as the calendar works that is all I care about. I want to use my phone as little as possible. I have just always been intrigued by this phone. I love the design. I love the meditation feature. Will see, too be honest I want to pull the trigger right now lol. I wouldn’t mind having three minimalist phones and swapping between them when I want too. I love the mission behind this company. I can’t tell you how much happier I am when I’m off my smartphone. I am on it right now after putting it away and locking it (freedom app) for 24 hours. People don’t realize how addicted we are to these phones and how little we pay attention to our friends and family.

I understand and I totally agree with the sentiment, but there are still some issues and signal can be problematic but if you’re willing to deal with the issues and be patient then the phone is very pretty and fun to use.

I’m glad to read a Canadian review. I should be getting my pebble gray once Mudita deals with the Fedex duties/fees. I’m with Rogers (west coast) and have had a low SAR Samsung (0.14) for a long time. I accepted the fact that I would not be able to receive/make calls whenever I’m near or in a large concrete building (and whenever I’m in London Drugs). My phone didn’t get hot though but I would get headaches after being on the phone for 1-2 minutes. I also didn’t like the bright lights and look forward to e-ink.
Do you like the cover? Is is snug and is it hard to get the phone out to answer a call?

Did you get a phone call from Fedex? An automated one. I did…just wondering if you got the same phone call…I contacted the team to deal with it as well just wondering if mine is a phone scam or Legit…mine is suppose to be arriving on Tuesday. Mine is not in the country yet so I was surprised I got a call about duties which you usually have to pay when the phone arrives in your country