How do you guys store your pictures?

Recently I’m considering my half way out from big-techs companies cloud’s solutions, this involves my photo storage the most.

What I personally came up with is:

A SanDisk 128 GB SDXC card costs around 30€ - 33,94$, so basically for my personal usage with the amount of money I’m spending for a cloud storage I could easily cover the cost for a new SD card every 10 months which for the amount of picture I take it’s way more than enough.

I mainly wrote this topic to share ideas on data storage. I will appreciate suggestion and your personal view on this topic.

I store my pictures all over the place. Some are on various smartphones I’ve had throughout the years, some are on various micro SD card that I keep swapping around various phones/laptops/cameras, some are on external HDD. It works great because somehow, for some reason I never find the need to find old pictures. Not long ago I was pleasantly surprised to find a micro SD card in my old phone from high school with some old, embarrassing pictures.

I like your way of storing. You probably don’t feel overwhelmed like I do.
The fact is that I’m a control maniac, and having that kind of approach scares me, but you made a good point. I don’t remember myself looking at old pictures in the past months. The constant thought of “what if I will want to look at…” it’s what overwhelms me.

I have a server at home- ZYXEL NAS542. I use a point & shoot camera (I love it) it’s the size of a credit card & every time I take it out- it’s such a conversation starter. I organize my pictures by years/months & then each individual event. I’m super anal-retentive this way. Every couple of days, I just make new folders & save the pix on my server.

To be fully honest: why even bother with HDDs anymore? I recently bought a 1TB SSD in BF deal for 75€. Nowadays I run everything on SSD and use SSDs for backups as well. Also for carrying data around. It‘s safe, long-lasting and not too expensive nowadays. You only need 200GB? Even better; 500GB SSDs should not cost much more than 50€

I purchased an HDD while back ago, but you made a good point. The fact is that I can be too scared to lose my files sometime, and since it happened already with important files it’s not the best thing that can happen so I guess better be safe than sorry

I’ve come to terms with the fact that I’m (personally) not really going to look at pictures unless they’re in physical form, so I’ve made several more or less themed albums that I keep on the shelf, and I’ve started to put up a few more favorites in frames as space permits. I have a couple hundred photos stored on my computer and digital camera that I’m in the process of sorting, developing, and deleting from the computer. A few of them I’ve sent to interested family members, but for the most part, I don’t feel responsibility for preserving my own photos “forever” - instead, I’m putting them into a form where I can easily access and enjoy them during my lifetime. If they last long enough for someone else to enjoy them, too, that’s a bonus. My goal is to end up with maybe 8-10 full albums, easily accessible on a shelf, and have a few favorite photos displayed in each room.

I realize that’s not really a “data storage” solution, but it’s what works for me.

I don’t delete my photos from the device I received or took them on, until they’re committed to my main long-term storage solution, plus at least 1 of its mirrors.

My photos are organised in a hierarchy of folders/directories on my desktop computer’s second hard drive. The naming convention for the folders is “YYYY-MM-DD_optional_description”, so that when browsing the folders, the photos are grouped chronologically with a little note of where they were taken or who I was with.

I use rsync (you could use robocopy if you’re a Windows user) to synchronise new and changed files to some external hard disks and a NAS. Therefore, the external hard disks, and my NAS, look identical to my desktop computer’s data drive when viewed in a file manager.

At least one of the hard disks is stored at another location (my Mum’s house).

Having read the privacy policy of many cloud services, I choose not to use them. Most automatic backup solutions wouldn’t work for me because I refuse to use Google, Apple or Microsoft’s offerings, and additionally Dropbox is not libre software. I do however use a Nextcloud instance (provided by my Disroot account). My main issues with cloud services are that none of them had enough storage at a reasonable price last time I checked, and even if they did, transferring data over the internet is far too slow. I’ve been taking digital photos for 26 years, and digital videos nearly as long, so that’s a lot of GB to transfer even over fast broadband. The initial upload would take ages.

My other issue with cloud services is that they are easily hacked (and often are), plus you surrender your data to others. There’s no such thing as “the cloud”, just other people’s computers. If any cloud service decides I can no longer have access to my photos, I lose them. A friend of mine recently lost his Google account, because (like me) he signs out of things when he’s done. Upon signing back in, he was asked to confirm his registered phone number, and asked security questions, but despite this (and knowing a long and complicated password), this apparently wasn’t enough to verify it was him. He couldn’t receive a message to his phone because he had changed number. He couldn’t verify the login from another device, because he didn’t stay logged-in anywhere else. There’s no way to contact a human being at Google. Therefore, if he’d been using GDrive, he’d have lost all his photos.

Similarly, a lot of service providers exert too much control over your data. A musician friend of mine had several of his own covers of songs on his Apple device, and some MP3s of rare versions of tracks. Apple’s software read the ID3 tags from the songs and “helpfully” removed them from his device because those songs are available in the itunes store. Unfortunately, the versions in the Apple store are all the regular studio-versions of the songs, so he almost lost irreplaceable recordings. I think Apple now reserve the right to scan all your photos for porn or something like that. I’d hate for some algorithm to mistakenly flag some of my pictures and then accuse me of some crime or delete my data - all without human oversight or correction.

Therefore I’d say, add cloud storage if you like - it’s convenient and cheap, but don’t rely on it. As the old saying goes, it’s not a backup til it’s redundant, offline and off-site.

@lagartharagn I am a bit wary of commercial BIG TECH cloud storage. I like Mudita Space

It’s our own version of very safe cloud based storage. Check it out. 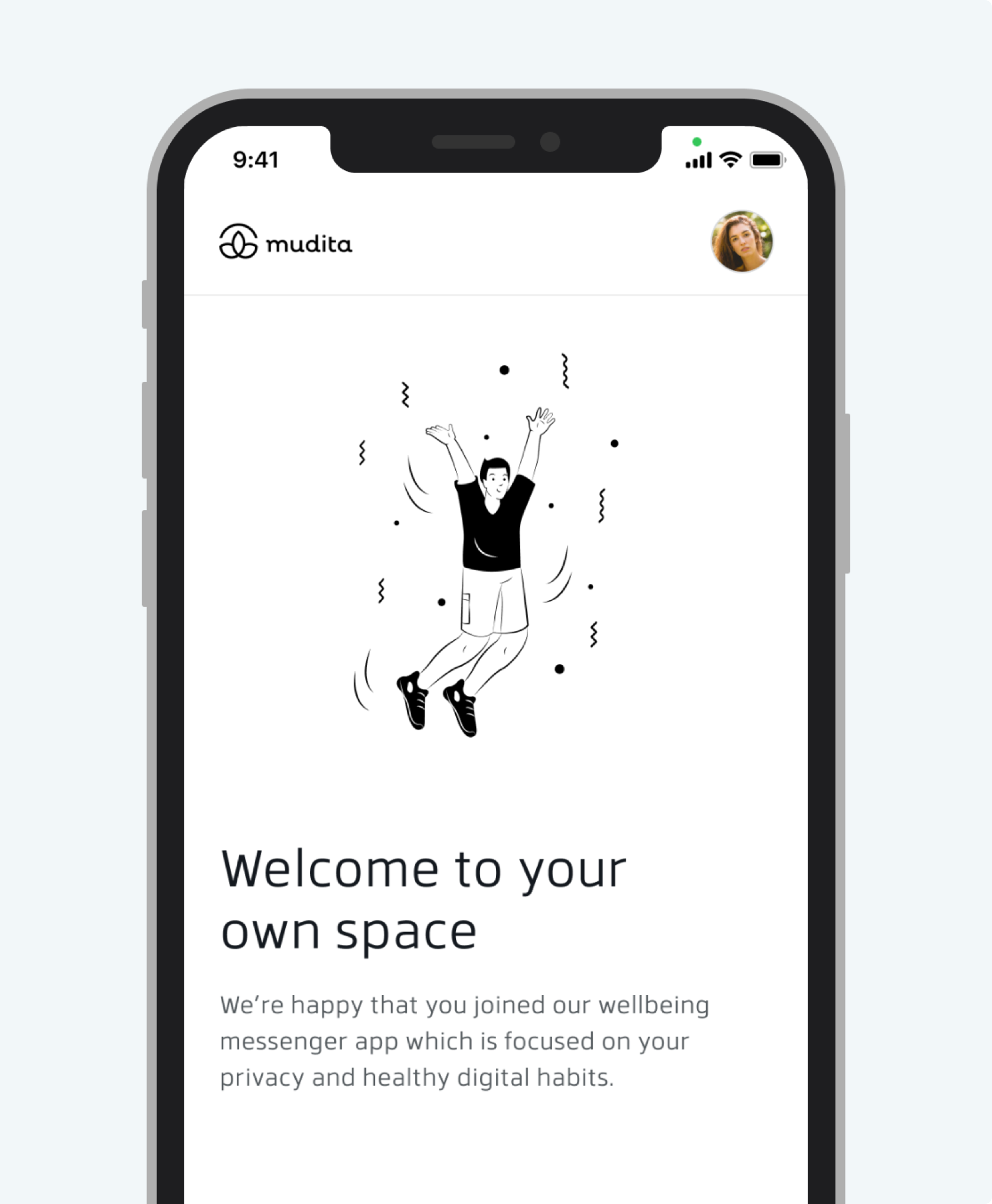 A safe haven for your everyday online activities

Shutterfly and if I remember it, great. The important ones (my pets) are developed and framed.

I have them stored at piwigo, a service that does not cost very much and has unlimited space for pictures only. I also have a copy of everything on a local hard drive.

I currently don’t use my mobile devices anymore to take photos. I have a Fujifilm X100V to make (semi-) professional photo’s. I also use that camera to capture everyday moments. I edit in Photoshop Lightroom on iPad and export it to my iCloud files and delete it in Apple photos app and Lightroom.

After a longer period, let’s say a year, I transfer the albums from iCloud to an external SSD (a more physical archive). That way, I have enough storage every time. When I’m in the mood to look back at certain pictures, I connect my SSD to any device to enjoy them. One of the benefits is that you really take your time to enjoy instead of watching the pictures on your mobile phone in between other online (less mindful) activities.

Hello all.
I’ve had to elaborate this problem numerous times with my wife, for storing all of our family photos. Obviously we have them backed up on two different hard drives, one of which is not in the house to safeguard against fire. But for daily use we had cloud services for a long time, first Dropbox, then Onedrive. We tried many others, but in the end Dropbox was the most performant. The bothersome aspect is firstly the monthly cost : I try to get rid of subscriptions because those are not a good long-term solution. On the other hand you have the privacy aspect: All the big cloud providers will (and have to) scan all of your media. Very likely they also have access and some employees will have seen your pictures.

So recently we switched from cloud services to a local NAS because we also have a home office. In case your needs are simpler a hard drive would suffice.

@nilss a local NAS is a GREAT idea. I have one too, I use it as a backup method.

Yes, but OP doesn’t want one. Can’t blame him, they are pricy and some work to set up.

How very vintage! @corgan! I LOVE it!