Electrohypersensitivity: state-of-the-art of a functional impairment

In Sweden, electrohypersensitivity (EHS) is an officially fully recognized functional impairment (i.e., it is not regarded as a disease). What do you think about EHS?

It´s a shame and a real cruelty that in most parts of the world it´s not recognised as an illnes or impairment yet. It destroys carreers and lifes in our so called civilized societies, and as it is claimed that EMFs bother 6% of the population with really severe cases which can´t follow a normal life it´s just an inhuman condition politicians don´t protect these people. There are already scientist that claim as well that EMF increases cancer prevalence, cancer figures increase is real, and there are studies that at least show that EMF fields like cell phone radiation make cancer cells growing faster in mice, and that it affects cerebral encefalic barrier protein osmosis. Should be enough to take it serious, and to take serious the EHS patients who are appearing in the whole world due to the massive increase of wireless technology. They cannot just search a refuge, but should be enabled to participate in society #stopwifi #stopbluetooth #stopmobileinternet #responsablecellphoneuse #cancer_and_ehs_is_no_joke

My girlfriend has some problems with emf. We don’t have wireless technology activated in home, for instance. That’s why I’ve ordered a mudita pure to her. Now, I read this article and I’m wondering how the future will be…

Many consumer-electronic devices contain magnets or components and radios that emit electromagnetic fields.

EHS is a real issue. I hate it when some people laugh it off as some imagined or perceived sensitivity. The way I like to explain it to people is that way: Just because you can eat a bunch of peanuts and be ok- it does not mean that there no people with peanut allergies. And for them it’s a real problem.

I’ve small headache when I’m using wifi for more than an our or so. If I do spend more time while calling with a smartphone, I usually feel it, that’s one of the reasons I’m using old Nokia which has less power. BT is no problem. As people usually don’t believe me, I rather do not speak about it.

It’s good to know that Bluetooth does not cause a problem. I suppose that the newer, LE (Low-Energy) version of Bluetooth is even less likely to be problematic.

@urszula: Which version # of Bluetooth will the Mudita Pure use?

And can we turn bluetooth off? @urszula 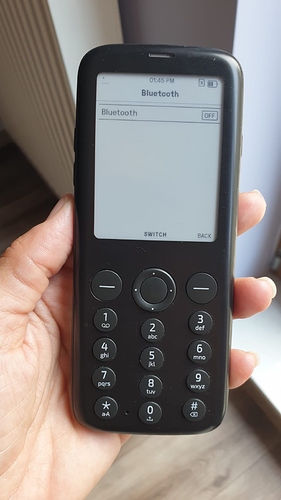 off topic urszula, but I wondered whether you use your proto-pure as a daily driver, and how do you enjoy using it?

@rhysjones I use it as a second phone- After work & on weekends. I LOVE it. For me it’s all about reclaiming my time. I’ve come to the realization that we’re really not as busy as we think we are. A lot of our time is syphoned by staring aimlessly at screens. Since I eliminated that, I am surprised at how much free time I have.