What happens if someone sends me an emoji?

I was just curious about this on the Mudita Pure. On my basic phone, emojis typically just show up as a square. (though I’ve had the issue before where the entire message just showed up blank, possibly because the sender was an iPhone sending an over complex emoji). Sometimes senders’ emoji messages get converted to MMSs, which I know is not supported. But if someone sends an MMS, would it just not come through at all, or would we know there was a message, just that we can’t read it? (On my basic phone, it just doesn’t come through at all!)
Any idea on how the Mudita Pure will render emojis from different platforms? I try to tell everyone I can’t receive emoji but they always send them anyway. XD
I just don’t like missing messages completely!

Mudita Pure will show emojis as blank squares. But we are bring emoticons back. ; - )

Let me know if you have any other questions.
Have a great day,
Ula

Emojis will be nice thank you

Have a great day (^o^)／
Joanna

Thanks for the response! I don’t mind empty boxes/squares at I’m used to them with my simple phone. ^^
glad to know that messages won’t get lost too.

can you please add UTF8 support for non latin languages like arabic ?
UTF8 will fix internationalization and emojis
there is also alot of opensource UTF8 emoji fonts that you can add to the system and if system UTF8 ready it will show all charachters and emojis

No UTF-8 support is a bit weird (and emoji is included in UTF-8).

technically our system supports UTF8 encoding, but we currently use only a subset of it. (we don’t have all characters). We will think what’s the best way to fully support it, even if we add it later. Our initial focus was on languages that are officially supported in the OS (together with translations etc).

We won’t be adding right-to-left text support in the near future, as this is a bit more complex.

Quick update: We invested a bit more time and this is how emoji support can look like: 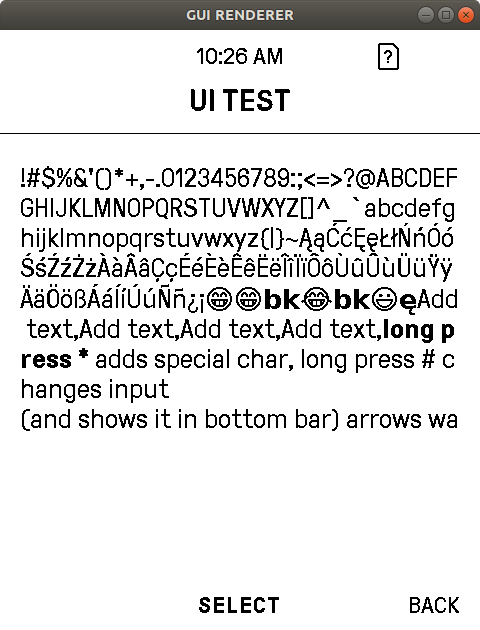 This is a screen from Linux, not from the actual device. We are aiming to add it to the first official release.

That looks like a good start.
I’d suggest to focus on displaying emojis for now and not worry about entry of emoji when typing. Did you see this awesome free collection of up to date emoji svg in black outline? Looks exactly like what you’d need! 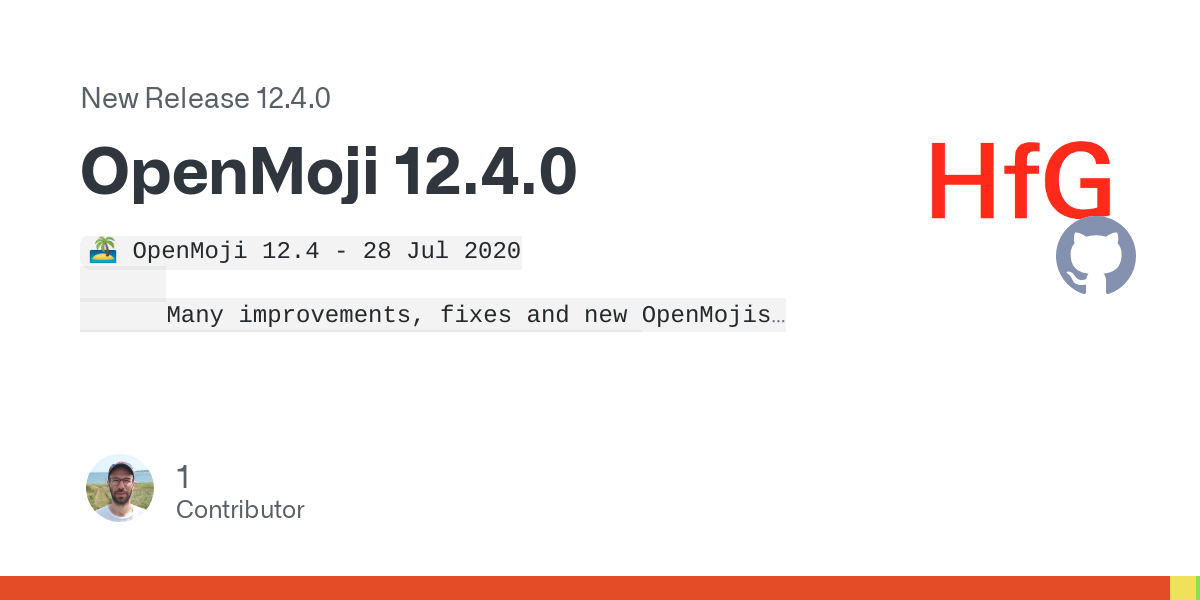 The Symbola font you are using in your example (of how emojis could look like above), actually has pretty good support for the latest additions to Unicode, to my surprise! I was worried at first, that it would be limited to the Unicode positions of a decade ago, but even the new emoji for the animal seal displays nicely with this font:

For comparison, most phones and computers probably haven’t had an update yet to display this emoji correctly 🦭
If you want to see this character correctly, go ahead an install the symbol otf font from here: https://dn-works.com/wp-content/uploads/2020/UFAS-Fonts/Symbola.zip
Another benefit of a font like Symbola, would be out-of-the-box support for all kinds of alphabets and special characters, including hellenic, cyrillic and hebrew characters, diacritics etc. Even IPA is covered.
One nice addition would be if the variation sequences, especially [VS16] would not be displayed as a separate symbol. This sequence code is attached to many emojis to distinguish them from their non-color legacy versions.

So in short, kudos for your choice, it gives me confidence you know what you are doing. I just hope now that George Douros, the copyright owner of this font, will make you a nice deal that everyone can benefit from and allows you to make some minor modifications (like the handling of VS16).

Keep up the good work!