The majority of Mudita’s operations are now being done remotely, this is a brief update the status of our development. The only team physically present in the office is the engineering team, as their work relies on access to specialized equipment and various devices. This has been limited however to an absolute minimum, and precautionary measures have been introduced, such as masks, gloves and the maximum number of people allowed to be in the office building at the same time.

In the previous update, we showed you the production process of the T4 PCBs. We’ve finished the assembly of 11 prototypes, which are now being tested.

In April, we’re going to finish introducing corrections to the PCB and will be ready to construct the final one, T5, which will be used in Mudita Pure. At the beginning of May, we’re planning to produce the first tranche of 100 final PCB.

We’re using the already built prototypes to run the radio tests and confirm the SAR value of Mudita Pure. One of them is already in the Verkotan laboratory (a FINAS and ILAC accredited testing laboratory) in Finland, which is widely considered as one of the best laboratories in the world for these kinds of tests.

Pure’s SAR is being measured in the EU units (amount of radiation per 10g tissue). At this moment, we are testing two configurations: one in which the source is at a 0 mm distance from the body (our priority test), and a second one, in which the distance is set at 5 mm. The latter configuration (5 mm) remains the one used by the majority of other phone producers and shall be used by us for comparison purposes.

These analyses will allow us to further optimize the parameters, before the final testing and certification that will be performed in May. We will keep you informed about the results 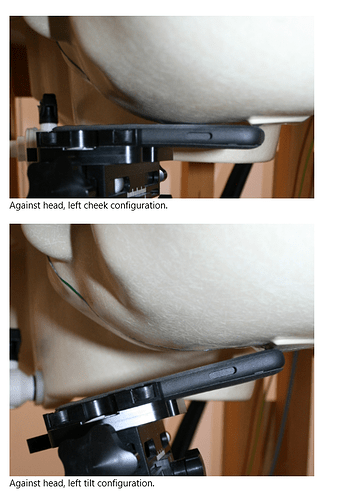 Together with our partners from the factory that will be manufacturing Mudita Pure, we’ve been testing the assembly process that you could read about in the previous update. We have confirmed its reliability while adding some finishing touches and corrections. This is great news for our partners developing the molding forms, as they have now the final confirmation that they can proceed with the production. 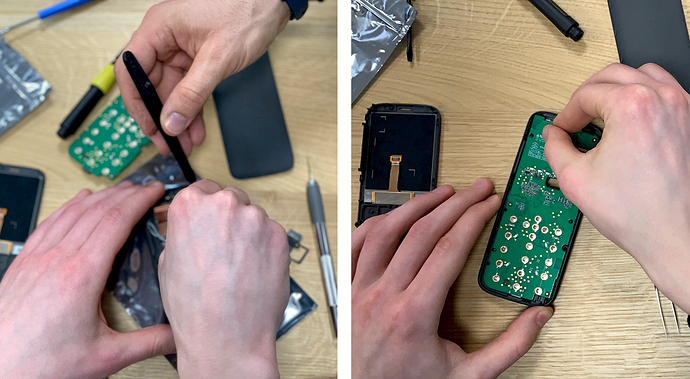 Our partners are already building the molding forms - at this moment, we’re in the process of milling them in steel blocks. Some of them have already passed the trials and are now being optimized for mass production. In June we’re planning to have the first complete casing sets.

One of the most challenging parts of the casing is the lid - it’s quite a big element, while at the same time very thin. We’ve decided to make a test molding form and check whether the assumed thickness of 0.8 mm would work. The tests showed that it’s in fact too thin: the color wasn’t distributed evenly and the casing was too limp. We’ve decided that we should aim at 1mm instead to achieve the right feel.

This molding form test will also allow us to achieve the desired color in the injection process and perform graining - giving the molding form, and thus the casing element, a final desired structure. We’ve been planning to do both of these in mid-April - unfortunately, due to the ongoing global lockdowns, we’ll need to wait a couple of weeks until the situation gets stabilized.

At the moment we’re not experiencing any meaningful delays in Mudita Pure development due to the COVID-19 pandemic. Our partners and factories continue to operate while introducing all the necessary precautions. We are doing our best to work according to our schedule, but can’t foresee the impact of possible further restrictions - we sincerely hope the situation will come back to normal as soon as possible.

I really enjoy the way you take time for details. Everything is analysed and well thought. I just love this kind of development.

I’ve got a question regarding the SAR tests made by other constructors. Is the difference significant between the two configurations ? Cause as we all can see, some phones have a SAR above 1 W/kg and this is kind of frightening for me.

Hey @binarysteve,
It’s so great to see you here! Thank you so much for your question.
We wrote a blog post where we updated everyone on our Verkotan test results for the SAR value of Mudita Pure. You can find results from our original prototype (2016) and our prototype from last year (2019). Our final version of Pure will maintain the low SAR value of the prototypes.

I hope this answers your question!

Hey @anon32618512 !
I’ll take the results of your tests as a reference to compare to other phones, as the fact that there are 2 configurations makes me think that there is a little bias in the SAR value that can be shown in other phones specs.

Sure, it’s always a good idea to be mindful of this. There is a difference when comparing Head SAR results and Body SAR results but in our case, both results are very low when compared to other devices, we are transparent as possible with this. The results are very thorough but if you have any questions, I’m more than happy to chat! We are currently in the process of creating a tool so that people can check our phone against others but it is a work in progress. We also need to remember that in the US results are measured differently compared to EU results.

I’m pretty sure that data analysis can help you to deal with all those differences !
Shiny (R programming language is used for this) is a very amazing tool for data visualization ! It could be used to compare the different values

! I’ve used it for an IT project when I was still studying machine learning and I loved it

! If I remember well, the apps created can be hosted on private servers, and accessible for public use.