Since we are the midst of the summer holidays, what are some of the books you are reading. Do any of the include books on mindful work or how to increase productivity?
What’s on you summer reading list?

I’m starting Cal Newport’s Deep work again, before i get his time block planner. It was this book that got me thinking about ditching the smartphone when I read it for the first time. Also need to get a bit more organized at work.

Anyone read his World without email yet?

I just started Amusing Ourselves to Death by Neil Postman.
I highly recommend it and it is a short read

@roxx I’m a huge fan of Cal Newport. His book, Digital Minimalism, really opened my eyes & really pushed my towards a more technologically mindful lifestyle. In his book, he mentions something along the lines, “delete any apps that make someone else money when you click on it.” It makes me think twice about downloading anything. That said- I have an vintage Blackberry Q10, so there aren’t many apps on it that I can actually even have- which cuts down the temptation.

so there aren’t many apps on it that I can actually even have- which cuts down the temptation.

^ Yet another crowd-sourced marketing slogan for Mudita – But, remember: You get what you pay for!

@kirkmahoneyphd It really is. I love the fact that there is really nothing on Mudita Pure to distract me.

@urszula fan of Cal Newport too. Have several of his books but not that one. Have to check it out. Love that you have a BB!

I have a pearl (I believe it’s an 81xx), a bold 97xx, a bb10 z10 and a bb10 z30. I think I cried after having to stop using each one. Z10 screen went black and the others T-Mobile doesn’t support for WiFi calling. I barely get any signal anymore. Been trying and hating phones every since (not really many choices though, it’s android or iOS).

I’m reading Chasing the Scream, by Johann Hari.
The subtitle is The first and Last Days of the War on Drugs, and appropriately so, but I found the parts more interesting are those about addiction.

I’m currently reading “Laziness Does Not Exist” by Dr. Devon Price, who is a social psychologist. It’s an interesting read on how our conception of busyness/laziness has been constructed over time and how we can avoid the busyness trap. The author explores some connections to technology as a tool for staying busy, which is right up the alley of this forum!

Andrea Lee’s and Red Island House — drew me in because I miss traveling…and made me want to never travel (at least not in the same way) again.

So, over the summer, I have been rereading the Song of Ice and Fire series (Game of Thrones). I also read Zealot (about Jesus and the politics and culture of the Roman Empire during his life), and The Creature from Jeckyl Island (the history of the founding of the Federal Reserve system and its early years). I have a rather long list of philosophy books, history books, and religious/spiritual texts that will come next.

I picked up this guilty-pleasure this week. I think I will zone out this weekend 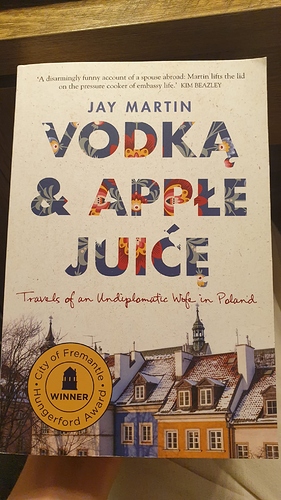 What a sweet concept for a book. Thanks for sharing.