Do you remember your first mobile phone?

Cell phones have become an indispensable part of our lives. I remember getting my first mobile when I finished high school. It was a Nokia 5110. It was practically indestructible. After a few years, I got a PrimeCo phone- an audiovox pcx-1000xl. 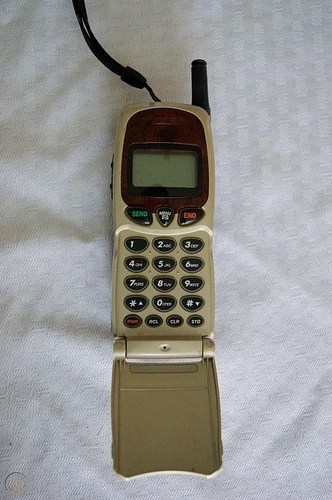 My first phone was Nokia C2-01 in gray color in 2012 I think when I was 10 years old. I used it for Java games, phone calls, web browsing & messaging. It was a pretty good experience for a first phone.

@sleinjinn Don’t worry, I used it in right manner. It was not a smartphone, so It did no harm. It was just a tool for me and a bit of harmless fun sometimes. At that time, I played outside more with friends.

You’ve clearly misinterpreted which half of that was the depressing part. O_o

@sleinjinn I understood that you meant that kids should not get the phone (especially smartphone) at that age & that it’s depressive where a lot of kids, now adults got their addiction from. You clearly quoted the part where I mentioned my age at that time, so please clarify what you meant.

I think it was this one. Won it in 1996 on a school excursion to a museum exhibition. Nokia 1610 is a mobile phone model manufactured by Nokia. It complemented the Nokia 2110 business model, but had significantly fewer features. It was introduced in April 1996 and released in May and became highly popular at the time. The phone had a monochromatic display which could show two rows of text at a time. The operating manual did not mention a possibility to send text messages, but at least units sold from 1996 and onwards included the function. The SMS capable version was called 1610 ...

PS: Before my first phone I had one of these antiques. Now I’m feeling old.