I am always rooting for companies like Mudita, Punkt, and Light. I share my thoughts on their implementations and how things can improve throughout their OS and phones.

Mudita. Please keep your OS open source and keep working at it. You will be the only true competitor to the likes of the Light Phone or Kyocera if you continue this way. I am testing version 1.5 this week and some things have improved. Hoping you stay improving the current device as much as possible. 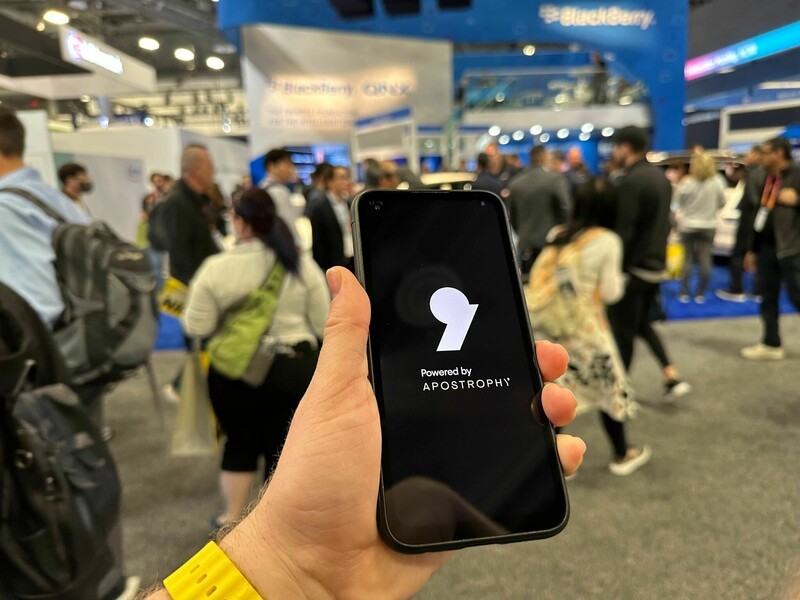 Could AphyOS be the BlackBerry 10 successor we’ve been waiting for?

I met with representatives of Apostrophy at CES and received a first look at AphyOS — a new privacy-focused, subscription-based mobile OS that is expected launch later this year.

@Jose_Briones Thanks for sharing. This way of monetizing usage doesn’t sit well with me, or anyone at Mudita, for that matter.
We’ve always maintained that once you buy a product from us, it’s yours, and we will not charge for updates or try to make money off users’ data. That’s just not part of our business model. We pride ourselves on being transparent & fair. This type of trick seems just like a cope out to monetize on the non-smartphone market.

And we as customers appreciate that commitment!

I will renew my annual subscription to Sunbeam Wireless’s Premium Service – for the anonymity that it provides – for as long as I use the F1 Orchid (until Mudita releases its next cellphone, I hope!)

I will not pay for a cellphone OS-updates subscription.

Yes. It’s different with a service like the maps and voice to text since it is a premium feature, but OS based subscription is evil!

Brutal, glad I returned my Punkt. I do not agree with this philosopy

First they have brutal communication, basically hide from the community and now this garbage. At least the Mudita team regardless about the issues with the phone try to help us and don’t charge us to use their OS

@cardio79 What do you mean “they hide from the community.” ???
Since we’re so open with our community, I’m shocked everyone is not like this

@cardio79 How do they get customer feedback? Respond to suggestions? Ideas? etc.

But if the subscription fee helps cover cost of development and security updates actually get shipped isn’t that a good thing?

Arguably this may OS not be for this crowd anyway, this seems to be a smartphone OS based on Graphene OS. The article makes some very good points. In Android land most phones that aren’t in the highest tier don’t receive timely security updates. Or if they do they stop after a year or two, even though most people can get by with the same phone for 5-7 years (planned obsolescence much). In Apple Park, you pay for updates by spending a lot of money.

So just being devil’s advocate, if the subscription is necessary to ensure delivery of software updates is it so bad? This is just another option for people.

How this affects the Punkt line and the dumb phone options offered is a different discussion I think.

They usually don’t. They have their own portal, but it’s not really tailored to do anything meaningful with the feedback.

I don’t have any reasons to pick AphyOS paid over GrapheneOS or CalyxOS which are free and well maintained on Pixels.

At the present moment, that is true. But we don’t know what will happen in the future, for any of this really.

AphyOS could bring some new features or user paradigms that Graphene or CalyxOS do not. Those might be worth paying for. Again, we won’t know until we see so we might be prematurely dismissing something. I am just suggesting we exercise caution.

With an OS like Graphene, Calyx, or Lineage how long can they be supported if the user base keeps using the product for free? How many devices no longer have support, or will never get support, because no one can spend the time to do the work. All I would suggest is that if Calyx or Graphene ran out of money the project in its current capacity would cease. But if a subscription would save the project, wouldn’t some people prefer to pay to keep it alive?

Graphene and Calyx are both handled by non-profits, if memory serves me. The economy is much different for a non-profit than a commercial business. Even Google doesn’t give away OS updates, you pay with your data. Why would we expect AphyOS to be free as in beer? A small company can’t necessarily sell enough units to bake the software into the cost of each device. I also think there is a huge difference between the mainstream crowd and those who will buy a pixel to put Graphene on it. The mainstream crowd being more apt to buy an out of the box solution. Both markets can be served in their own way without creating an issue for the other.

I might be recalling poorly but I do believe you have criticized Punkt for poor support, certainly with Pigeon. Supposing they had more money, could they have done better with updates? Possibly. It sure seems that with this new venture they feel they need sustained income to avoid using their users as a product.

With what we know so far nothing immediately smells of greedy-corporation-trying-to-suck-every-last-drop-of-money-from-their-customers. To me this seems like they need to do this to keep the lights on. Only time will tell on that.
I hope I don’t come across as rude or openly critical (I enjoy your work) but I guess I am not sure what you would expect AphyOS to do with their new OS and phone.

Completely understand. I agree if the value and subscription continues it’s a great deal. The issue I see is that they are contingent upon GrapheneOS and forking it instead of using their own AOSP base.

But we’ll have to wait and see the fee structure to understand how it all works and whether there is any value in Aphy OS.