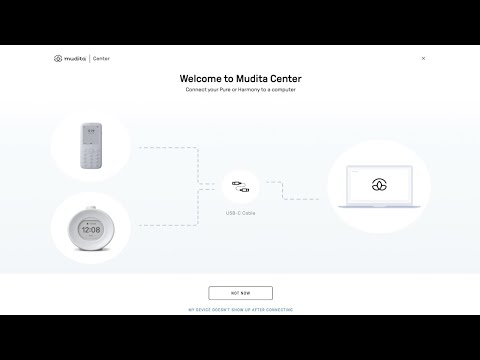 Let us know what you think. Any features you’d love to see added

I think Mudita Center is certainly perfectly adequate already, but there are a few "would like to have"s I can think of:

I saw in earlier posts, that sending and receiving text messages worked, but that deleting didn’t. Deletion would be a desirable feature, as it would be the final piece for complete management of SMS messages (even in large volumes), more easily and without wearing-out the phone’s keypad.

The ability to display a received MMS message in the Mudita Center would also be beneficial. I am still unsure technically how this could be implemented, as I suspect it would require inputting the network’s APN settings into Mudita Center and writing a whole set of functions for triggering message retrieval and display. It would probably also require more code to be written for the phone itself, so that the phone would know not to attempt to display the raw image data on its text display when navigating messages via the phone itself.

Finally, the ability to interact with the phone from Mudita Center via a Bluetooth connection, would be very useful. This would allow the user to avoid wearing-out the Pure’s USB port via repeated plugging and unplugging. It would also be very convenient as the Pure would automatically be paired to the computer whenever nearby, without needing to carry or plug in a cable.

I applaud the ability to import/export VCF files, for those people who don’t upload their contact lists to Goggle, Microspy or Banana. I think the ability to export SMS messages to plain text files that can be opened in a standard text editor such as Notepad or Emacs/Vi would be wonderful for archive purposes. I know imports would be impossible (and that’s what the backup function is for anyway), but export to a .txt file would be wonderful. At risk of advocating “digital hoarding”, such a function would be lovely for archiving messages from the start of a relationship, deceased loved ones, or even archiving messages that might later need to be referred to e.g. for business/legal purposes. The export would just need the date, contact name (if known), contact number, and then the contents of the text itself. Individual SMS could perhaps be separated by a line of dashes. The export files could be either a dump of a single folder (e.g. the inbox or sent items), or a separate export file per “conversation” (message thread) as if viewing the messages on a smart phone.

The ability to display a received MMS message in the Mudita Center would also be beneficial. I am still unsure technically how this could be implemented, as I suspect it would require inputting the network’s APN settings into Mudita Center and writing a whole set of functions for triggering message retrieval and display.

This is certainly a really good idea. Many community members have asked about what would happen if a sender sent an MMS to Mudita Pure. I know some providers will send you a link & you can check the photo online, but not every network does this. So, this option would be nice, if it could be implemented.
Perhaps @Bartosz_sp2fet can shed some light on this?